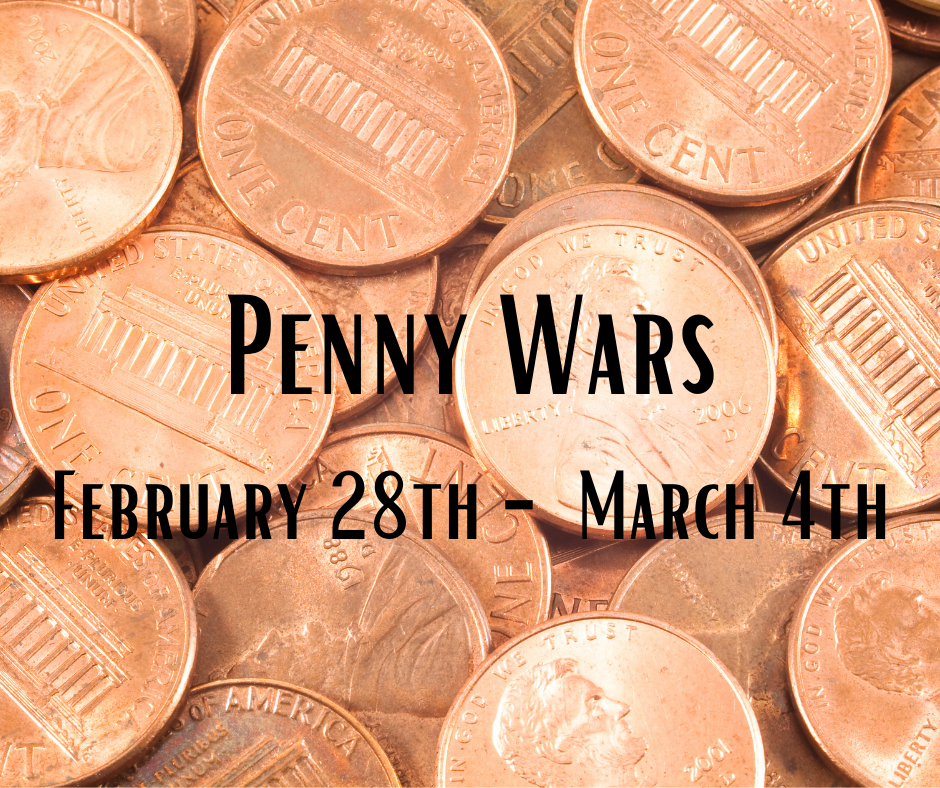 This year at Trailside, we will again be hosting a Penny War.  The point of a penny war is to raise money and build community in our school.  Money earned will be used for things like indoor recess activities, recess equipment, snacks for students, and extra clothing in the health room, etc.  The winning classrooms will also be thrown a pizza or popcorn party.

Each classroom will have their own jug to raise money, and money will be collected during all of the lunch periods.  Pennies count as positive money in your jug, and silver and bills count as negative money in your jug.  Students will want to raise their total by putting pennies in their own jug, and lower other classroom totals by putting silver and bills in other jugs.  The classrooms with the HIGHEST POSITIVE TOTAL (Total pennies minus total silver and bills) and the MOST TOTAL PENNIES in their jug will win pizza parties.

The Penny War will run from Monday, February 28th - Friday, March 4th.  Students can bring in their coins and bills any day this week, but they will only be able to put their money in the jugs during lunch hours.  The jugs will close up after the last lunch period on Friday, March 4th.